Sold In Only
7 Days!

Sold In Only
2 Weeks!

West Chester, PA – There's little doubt that Top Chester County, PA realtor Don Dowd is one of the heavy hitters in the Chester and Delaware County real estate markets. Being in the top 5 out of over 3200 area RE/MAX agents for the past two years is quite an accomplishment, especially in light of the fact that he is primarily a seller's agent in what is considered one of the biggest "buyers"markets in decades.

His contrarian approach combined with an arsenal of cutting edge marketing techniques that most other realtors have never even considered trying is what sets him apart from most of the other realtors in the area. Some of Dowd's strategies have already become big marketing successes. They include:

With the holidays here and most realtors taking time off, Real Estate Agent Chester County PA Don Dowd approaches things differently. In keeping with his contrarian mindset, Dowd still works as hard as ever to sell homes, even with Christmas and New Year's right around the corner. And he has some simple advice for home sellers…don't take your home off the market during the holidays!

"When you follow the masses, you usually end up being left behind,"Dowd says. "While most others are pulling their houses from the market during the holiday months, smart sellers are cashing in on the reductions in home inventory."

Dowd says that contrary to popular belief, just because we are coming up on the biggest holidays of the year does not mean homes do not sell.

"People say to me all the time ‘Thanksgiving and Christmas are coming up Don, shouldn't I pull my house off the market and bring it back on after the Super Bowl?' My response is why would you want to do what everybody else is doing?"Dowd continues.  "The fact is there are still plenty of buyers out there. Companies are still relocating people -- even during the holidays. So there's still people looking to buy homes, there's just fewer of them. But along with the reduction in buyers is a larger reduction in homes available for those prospective buyers to choose from. This makes the holiday months possibly one of the best times of the year to list your home."

Dowd's strong work ethic during this traditionally slow time in the market appears to be paying off. He says he's been able to move many of his listings during the past few winters.

"These past few years alone, in supposedly the worst real estate market since the Great Depression, I've had an increasing amount of closings in January and February from houses that were on the market and sold during the holidays. Had my clients taken their homes off the market like most others, they may have missed the chance to get their houses sold faster and at a better price than most other times of the year."

While most other agents are taking it easy for the holidays, Dowd's marketing campaigns remain fully in place and he expects his sales figures for the 2012-2013 winter months to do better than those of previous years.

Don Dowd is a RE/MAX Main Line real estate agent and member of the prestigious National Association of Realtors. Don has been in sales for almost his entire adult life and he began his career in real estate at age 22. In 2010 and 2011, Don has consistently ranked in the top 5 in sales out of 3204 RE/MAX agents in the Philadelphia and Delaware area. He is on pace to meet or surpass those figures for 2012. What sets Don apart from most realtors is his ability and willingness to invest the resources necessary to properly market the homes of his clients. He is able to do this because he retains 99% of the commissions he earns, as opposed to most real estate agents that keep 50%. His superior resources and exceptional negotiating skills make Don Dowd one of the top realtors in the region. 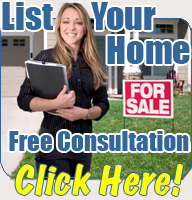 Don's marketing is second to none, and I know that is why I achieved such a premium for my home. I recommend Don to anyone who is looking for a hard working Realtor in Chester County!"
- Michael Fox, Jr., CWCP, Vice President, National Sales, for Healthcare Solutions, speaking about his home in Willistown Chase Development in Willistown, PA
Call Me Anytime: 610.497.2000
25 Broomall Lane Glen Mills PA 19342